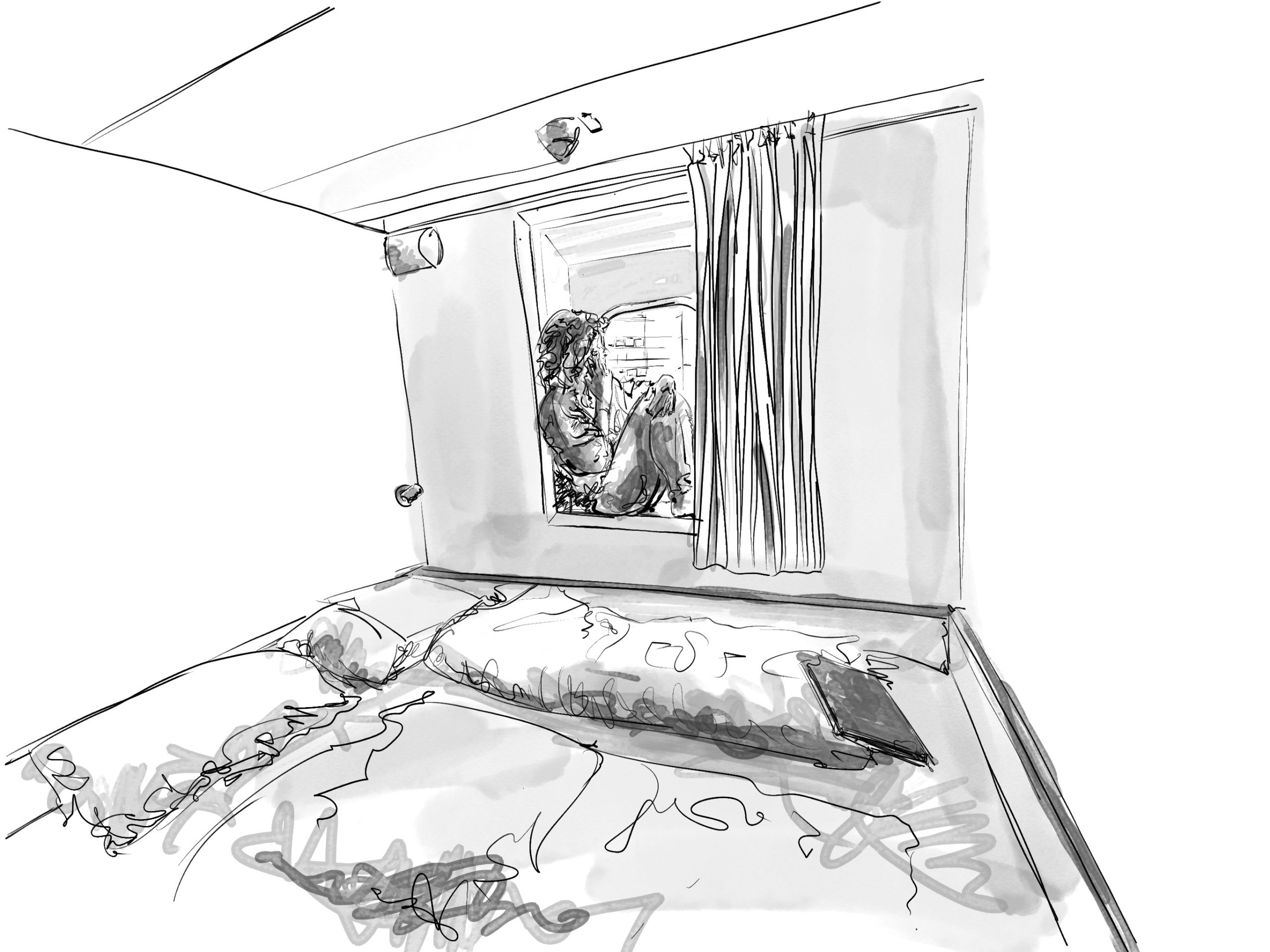 It’s Royden’s second time in the Netherlands and we are about to apply for a provisional residence permit. When I call the Dutch Immigration Service (IND) it turns out that we cannot apply at all. An unpleasant and unexpected surprise that has a huge impact on our future plans…

We look at each other in total disappointment. I have just spoken to the IND and they have informed me that we cannot yet apply for a residence permit. The fact that Royden’s divorce is started is not enough. It needs to be completed totally and that will take at least another nine months…

It might have been naive, but we had both hoped that we could have started the application process. We had read somewhere that once you have applied you can stay in The Netherlands. But as we can’t even start an application, we are back to square one and that means that Royden can only stay for a few more weeks.

We look at the calendar and start counting the days that Royden can still stay in the Netherlands. Since Brexit, the maximum stay for someone from the UK is ninety days in a period of hundred and eighty. From the moment Royden walked back into my life, I’ve felt that I want to do one thing: be with Royden. So, if it means Royden can’t stay here, then I’m either going to England with him or we’re travelling to a country outside of the Schengen area together. That is very clear to me.

We look at each other.
“What should we do?” we ask ourselves when the worst of the disappointment is over. We take my small world globe from the sideboard.
“Morocco?” Royden suggests.
“Hmmm,” I reply, “that might not be such a bad idea.”

In the following days, Royden spends hours searches for videos of camper vans travelling through Morocco. The main reason to do this is to check whether our Betsie could manage driving through the Atlas Mountains. His conclusion after his intense research: that should be possible. That is quite reassuring.

Later that day we watch a video of a couple who travels through Morocco. Exciting places to visit, but the campsites they stay at look dry and barren. Hmmm, that doesn’t speak to us at all…. Not at this moment. We are both longing for some quiet, green surroundings, nature and some sun. Well, the latter we will be able to find in Morocco but our other wishes seem a bit more difficult to match. With this in mind, Morocco does not seem the most ideal place…

The next morning I wake up with a new idea: ‘Why don’t we travel to Turkey?’
I share my thoughts with Royden and he agrees.
‘That is a good idea,’ he says, ‘I would love to go to Bosnia and Montenegro again.’

The last time he was in that area was during the war when he worked for ABC News and he filmed in refugee camps. An unpleasant experience, but he fortunately remembers that the country was beautiful and he would like to go back.

Again we grab the world globe from the sideboard. Our quick conclusion is that we will need at least seven days to drive out of the Schengen area. That means that – if we take into account some potential delays – we need about ten days to not to get into trouble with Royden’s visa. And maybe we should add four days or so to fly back in case of an emergency.

We look at the calendar and cross off the days that we’ve just calculated.
‘OMG, that means that we have only two weeks left in the Netherlands!’ I quickly realise.
“Jeez, yeah, okay,” I say, still a little confused.

It means that we will do the big makeover on our Betsie in England. Maybe that is not such a bad thing as Royden has a lot of tools and easy access to building materials. I just hadn’t anticipated on a change of plans so quickly.

Two weeks later we are on the ferry from IJmuiden to New Castle.