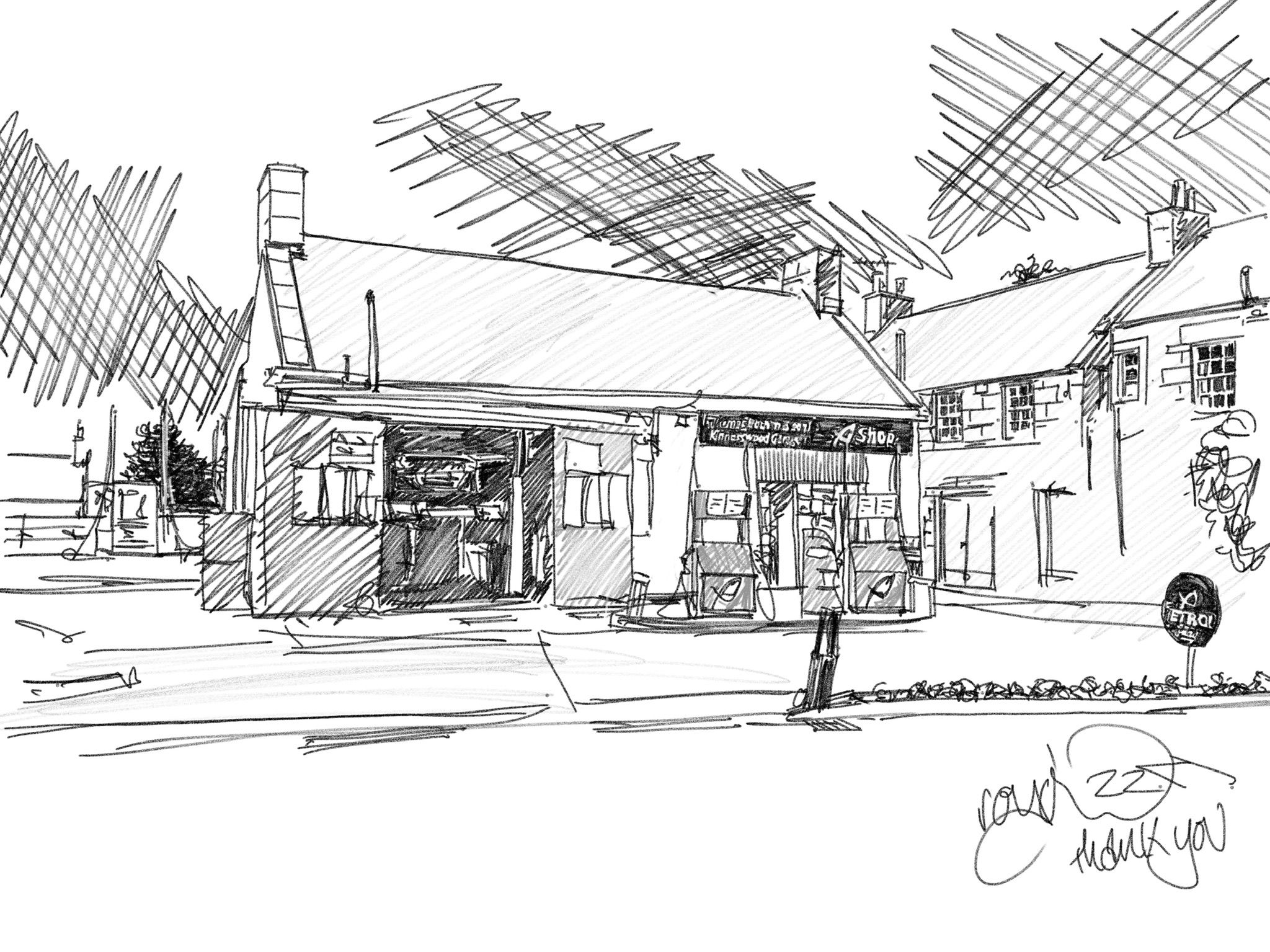 It’s the first day of our big adventure. We are on our way to Scotland. No idea how long we will be on the road for. It’s exciting and exhilarating. We say goodbye to Royden’s parents, where we’ve spent the last two months and shed a tear when we’re driving off.

Over the past eight weeks, Royden  repaired the heater, fixed the refrigerator, rewired almost every wire (which almost drove me insane as you could read in the previous blog :-)), replaced the solar panel, built us a bed, installed new LED lighting, replaced the rear suspension, fitted a new floor, renewed the dashboard, waterproofed the skylights, installed a new tap, replaced the oil and many many other jobs.

It’s a sunny day and the view through our huge windshield is breathtakingly beautiful. The landscape is hilly and green and we are both in the zone. We have no intentions of making it a long day on the road, but after about an hour Royden suggest that we continue driving a little further. I look at him with surprise.
‘Yes, it’s such a beautiful day. Why don’t we drive past Edinburgh?’ he says.

I’m all for it. I look at the map to determine where we can go. On the Brit Stop app that someone advised us, I find a campsite near Lochgelly. That is forty kilometers above Edinburgh. Perfect. I relax in the big chair, put my feet on the dashboard and can’t help but smile. Finally we are on the road!

As we turn onto the highway after a short lunch break, Betsie starts making a strange noise. It’s like the turbo is kicking in and doesn’t stop. We lose strength and we lose speed.
‘Hmmm…. that doesn’t sound good,’ says Royden aloud.
We’ve heard the noise before, but after a repair it seemed to be fixed. But that’s clearly not the case. The landscape is still hilly and with every next hill we seem to struggle more and more. That’s a setback on our very first day….

I look at Royden who has a very concentrated look on his face. I can see by his body posture that he’s not so relaxed anymore either.
“Do you think we can make it to the campsite?” I ask concerned.
Royden thinks we will and thank God we reach the campsite without further problems.

I am glad we have arrived and I suggest we leave it for now. Over the last weeks Royden hasn’t allowed himself a moment’s rest. It’s time for a break. Although, that is what my suggestion would be. Royden however finds it incredibly difficult to relax as long as he hasn’t solved the problem.

The next day Royden has figured out that the problem is related to the clutch. We both search the web for garages in the area. I find some garages, but no idea how modern or big they are. Royden has a big setback. His body needs time to surrender to a more relaxed way of living and we decide to take it easy.

Two days later we stop at a local farm shop. I love buying fresh local produce and I can’t believe my luck when they sell huge bags of fresh red and blue berries for hardly any money. In the meantime, Royden has located a garage in the next village. We hop into Betsie and give it a go. As we approach the small village it feels as if time stood still. My hopes of finding an old fashioned mechanic grows. We park at the local garage where the owner seems to have done this work forever. The mechanic, who’s named David, walks towards us with a big smile.

Royden explains the problem. David understands what we need and would love to help us, but he’s not the right man for this job. He is however more than willing to help us find the right man for the job. He call a colleague.
“He can look at it next week,” David says.
Royden and I look at one another.
“Well, if that’s our only option, we don’t have much choice, but waiting a week doesn’t sound ideal,” is our response.

David has by now realised that I am Dutch.

He recently visited the Netherlands for one of André Rieu’s concerts. Although that was the plan, but David ended up in hospital. He still cannot believe how well he was treated. ‘Everyone was so incredibly helpful,’ he shares with us, ‘from the receptionist in the hotel, to the doctor who came to see me, to the nurses who attended to me in hospital.’ He was really impressed by the Dutch healthcare system. And he feels he wants to pay it forward and goes out of his way to help us.

He phones John, who he believes is the right man for the job.
“He’s still young,” says David, “but he’s a truck mechanic and knows what he’s doing. He can come by this afternoon and see if he can do the repair for you.”
Royden and I look at one another with surprise.
‘Wow, that would be wonderful,’ is our response.

David is genuinely happy to be able to help us. We, in turn, are so grateful that we decide to cut a slice of our precious Dutch cheese (that I brought with from the Netherlands) to gift to David. When we give him the cheese, we learn that he not only owns the garage and the petrol station, but also runs the grocery store across the street and holds the key to the small museum in the village. He suggests we take a look at it and make the most of our waiting time.

He hands us the key. It’s a big, old one from the 18th century.
I smile at Royden.
This whole day seems to turn into quite the adventure. For some reason it doesn’t surprise me. I remember that Royden and I were being helped in miraculous ways before, but it’s still fantastic when things unfold this way.

If John is indeed our man, the solution to our problem has been found really quickly.

He hands us the key. I smile at Royden. This whole day seems to turn into quite the adventure. For some reason it doesn’t surprise me. I remember that Royden and I were being helped in miraculous ways before, but it’s still fantastic when things unfold this way.

If John is indeed our man, the solution to our problem has been found really quickly.

Let’s take a look at the museum first.